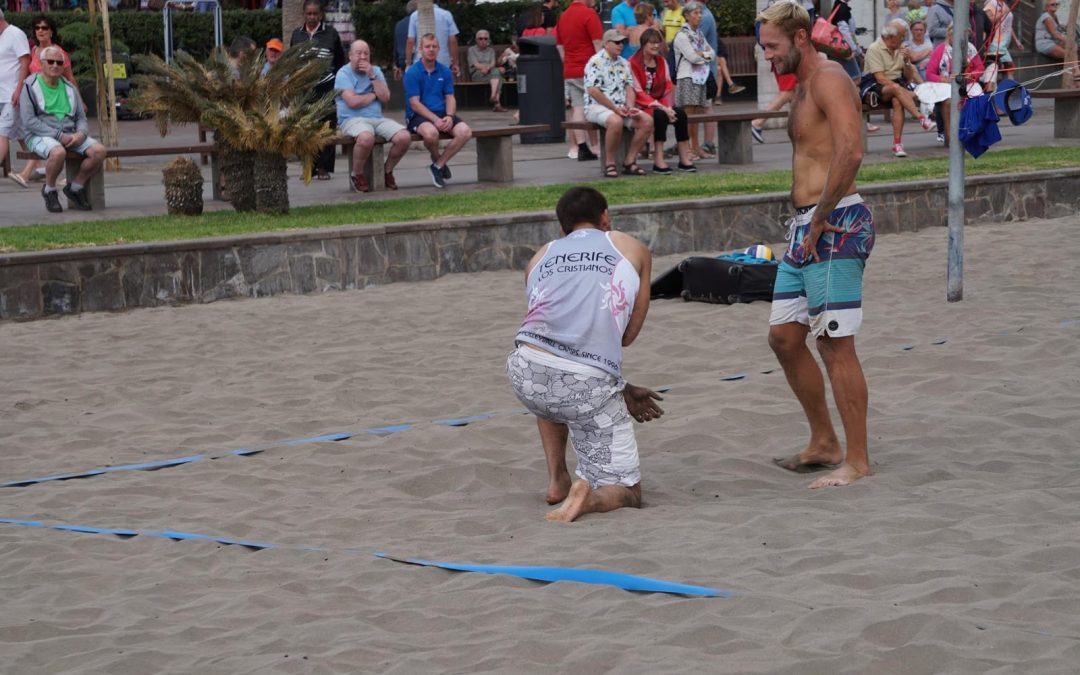 (Chapter one Where are you on the diva spectrum? is the start of The Being the Best Partner you can Be Chapter… more to be added as we explore the idea)

Anyone having been on one of my beach camps would most likely have heard the “I don’t do Divas speech!”

Where does this concept of a “Diva” and “Spectrum” come from? From 33 years of playing and coaching. Playing with 100’s if not 1000″s of people. Every single one of them having something to offer and something that will be learned from being with them that day. I can’t say I have played with every type of player but there have been a huge amount of influences. They have all helped define what kind of player I have become. Now you are going to have to excuse a little indulgence about my experiences here, and I guess why I feel qualified to advise – having won 13 out of 17 Queen of the Beach national titles in the past 22 years of playing. The style I have consciously developed has helped me play and bring out the best in 117 different partners to win those titles. I just loved just keeping that ball alive that little bit longer than the person on the other side of the net and encouraged, enthused, motivated, positively found a way that those 117 different partner could do the same with me.

Firstly, there is ‘The Aggressive Diva’ who gives you that body language when you make a mistake that says, “What the f**k are you doing playing the ball there?” Who doesn’t earnestly try the hardest they possibly could do to rescue the ball and hence adds more worry/panic/fear/trauma to your already maxed with stress body, which is trying its hardest to play the ball as well as possible! They don’t get their body language and actions aren’t helping. And as much as they say “I want to be shouted at it really helps me.” Its not helping you. Not one bit…Instead of trying their hardest to rescue the ball, to make that incredible save that brings the audience to their feet and even if you lost the point people were in awe of their effort… no they looked like a ****.

The opposite end of the player spectrum ‘The Submissive Diva’ is the person whose apologising no sooner have they played anything less than the perfect ball, who is already thinking what you are going to say about the bad pass/set before you have even hit the ball and is thinking about who they can find as yet another partner, after you dump them, because surely you won’t want to play with them again after this display. They don’t shout “Go!” when they error, and encourage with “You’ve got it” or “off the net”. They most certainly got the metaphorical tongue whip out, used it on themselves mentally, well before you even realised that it was a thing…

When trying to figure the potential spectrum of players, I am quoting the understanding of the movie Arrival. The main character is a linguist (you). She’s immersing herself into the alien language (your partner) and as a result, her brain is getting rewired to perceive reality like the aliens (seeing the world through their perspective). If you can do this you might then be able to understand your partner and also where they are coming from.

So let’s straighten this out! You are on a beach volleyball court, right now, see yourself there. You have been working really hard for this moment, saving up, working to pay for the trip, using precious holiday time and for both of you its a yearly fix that you have been waiting for for months. You have travelled a considerable amount of miles to be there, you only have one week to realise, that if you are present and don’t think about the past or future, think about them and you, seeing them for the human they are, will make you appreciate their endeavour. Take a look around, breathe in the beautiful surroundings, the beautiful humans who are making this event happen, the players, coaches and organisers, and soak that wonder in. Mentally channel their effort and time and let the moment stop in wonder.

And then what are you to do, to become the best possible partner and thereby a player, players want to play with? Keeping that person you are playing with, no matter where they are on the player and importantly the ability spectrum, in unconditional positive regard. Unconditional positive regard allows you to not judge but support or importantly to be supported. Most definitely easier said that done. It’s easy if you remember at some time you will need help, so until you do keep depositing in the Karma Bank until you need a loan.

Holding people dearly and not letting go, mentally, while in that 8x8m box, is something I wish I had been taught as a skill at the very start of my career. In that moment, while you are endeavouring to bring about the best performance from yourself and your partner is doing the same, how will that be achieved, is the most important consequence you desire from your actions. The winning and losing takes care of its self but the style you play will allow a better performance.

Vangellis, from SideOut beach volleyball, when he saw me play for the first time in Bournemouth came up and paid what was at the time a very odd, but totally apt compliment. One that i completely got when he said, “You play like a dog looking for the ball.” The dog doesn’t know the score all they are focusing on is where the ball is and what do they have to do next to wrestle it from whose got it. There is nothing else. There is only one ball. While he doesn’t have it, he’s not thinking about why he doesn’t have it anymore he’s figuring out how he can get it back again.

After years of struggling with the inner dialogue. Of listening to my own inner self-sabotage voice or that of my partner-sabotaging partners voice, I have learnt to just focus on what do I have to do next, to get the ball. If I think about this one thing, this only thing. I cant do anything but go get that ball. Then I am forever present and figuring out my next move and if I remember that my partner is just a keen puppy like myself I might just shout “fetch” when I shank a ball and enjoy seeing them chase my errant pass down!