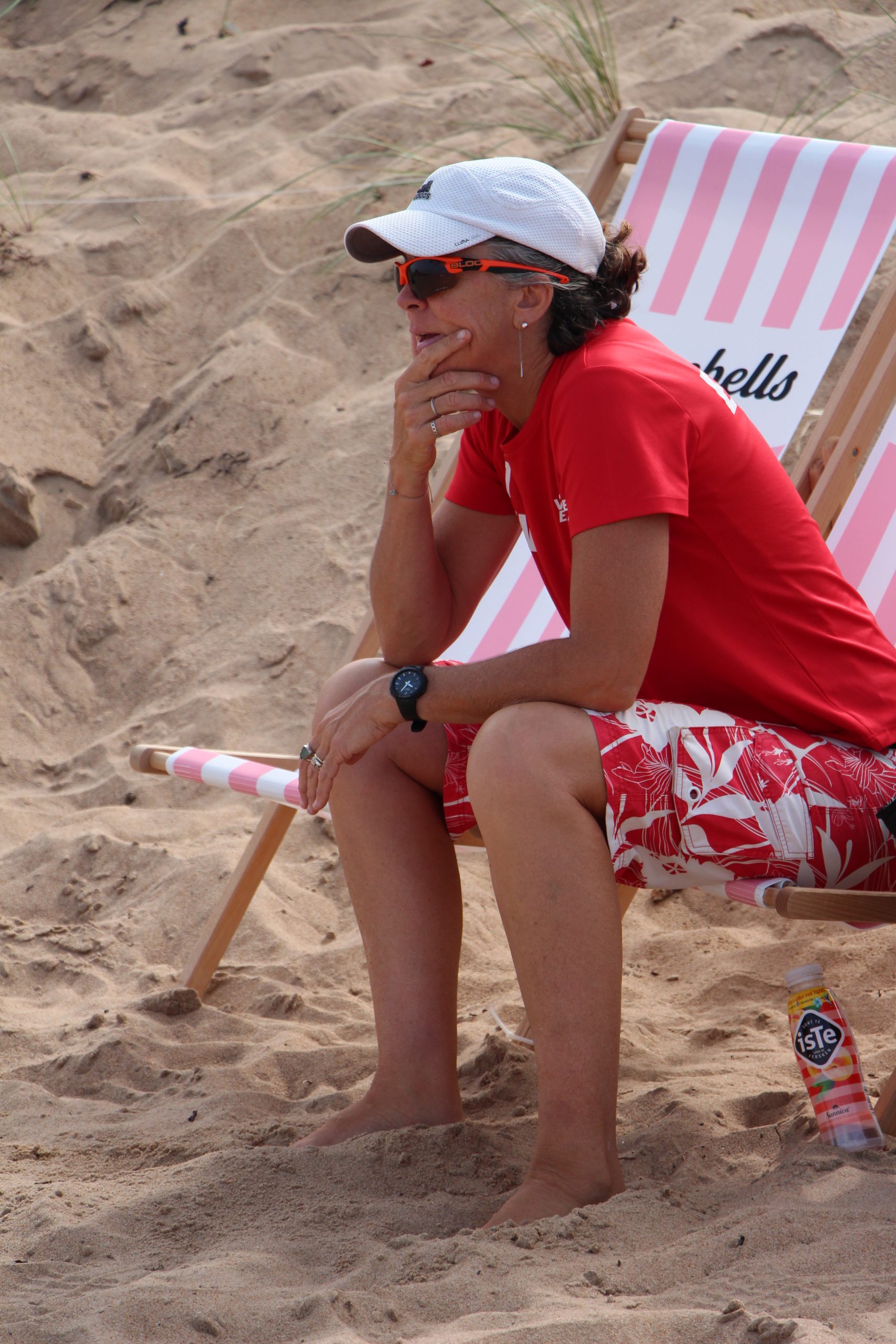 has been coaching beach volleyball in the UK since 1995, when she ran the first National Junior Beach Camp.

Denise is the lead staff tutor for Volleyball England, she coaches coaches how to teach the game and has written the first UK Book on beach volleyball. She has an unparalleled passion for growing the game.

Denise Austin’s other major developments have been in the Beach Volleyball Camps for recreational players and has run well over 100 camps in the UK and abroad since 1995, for more information please see the Coaching & Camps page.

Denise Austin whose international career can be found at bvbinfo.com is the head coach of Beach Volleyball Inc. Her history in the sport as a player and as a coach speaks for itself.

In her relentless pursuit of playing and learning, with great tenacity, Denise is still completing on the National Tour. In really brutal and tough conditions perfectly suited for Denise she and Ellie Austin won the UKBT National Championships in 2018! She has now won an event in four decades, a feat unrivalled!

In 2019 she won her 14th Queen of the Beach title in her home town of Croyde as well as coaching England U19 to their first Gold Medal in the NEVZA U19 Championships in Tylosand, Sweden.